The top 5 foods you should be buying organic

According to the EWG (Environmental Working Group) there has been a big shift in what they call the ‘Dirty Dozen‘. Every year the EWG releases a list of the top 12 pesticide laden fruits and vegetables. The guide is based on results of more than 40,900 samples of produce tested by the U.S. Department of Agriculture and the Food and Drug Administration.

Since we know it isn’t always in your budget to buy organic everything, we thought we would showcase the top 5 from this years Dirty Dozen. For the full list visit the EWG website and consider donating to support their current and future research.

Our advice? Splurge for organic or skip them all together. Strawberries have been a repeat offender on the Dirty Dozen list for a few years now. Typically, produce contains an average 2.2 pesticides per sample and strawberries contained a whopping 7.8 different pesticides per sample. No thanks, that’s not my jam (sorry we had to!).

It may be Popeye’s secret to strength but if it’s not organic we recommend leaving the Spinach to the cartoons. Spinach has more pesticide residues by weight than ALL other produce tested. Three-fourths of samples tested had a neurotoxic bug killer present which is so damaging it was banned from use on all food crops in Europe. Yikes!

Kale… you either love it or you hate it. Either way, this superfood jumped way up in the rankings this year. 60 percent of samples sold in the U.S. were contaminated with a pesticide the EPA considers a possible human carcinogen. Yep, Kale can now give you cancer. Stick to your local farmers market or grow your own!

Nectarines have had a bad year. Earlier this year they were on the recall list because of listeria and now they made the top five on the Dirty Dozen list. We recommend swapping this fruit out for Pineapple which is #45 on the EWG’s 2019 Shoppers Guide.

An apple a day…can cause cancer? The debate is still out. The EU has banned nitrosamines, a chemical commonly sprayed on Apples post picking, due to links to cancer in lab rats. It’s bad enough for the EU to ban but the USA is still spraying away. Since the average American eats more than 10 pounds of raw apples every year, even low levels of nitrosamines on apples could potentially pose a risk to human health. Probably not worth the risk.

Until the USA better regulates pesticide use on produce, it’s unfortunately safer to avoid some fruits and veggies if you can’t afford to go organic. Check out PAN (Pesticide Action Network) to see how you can get involved with passing these much needed regulations! 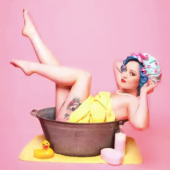 Navigating The Dog Food Aisle After the Grain-Free, DCM Scare

This site uses Akismet to reduce spam. Learn how your comment data is processed.